I found out mid-way through last week that some of our kids have been calling L&M’s day camp “Freedom Camp”, because they get to “do whatever they want”. Kids have talked to me about this previously – that they like coming to what we call “Adventure Camp” because they can pick what they want to do, and there aren’t that many rules. We make it clear from the get-go that the few rules we have at camp are to keep kids safe and healthy, which makes it easy for kids to understand and respect them.

As an advocate for true, child-led play, and a student of Playwork, learning this camp nickname makes me pretty happy. Freedom allows us to be creative and innovative, to daydream, to stand up for what we believe in, to experiment, and to get to know ourselves and each other. Kids -and adults- need freedom to allow for growth and discovery, within and outside of moments of play. I’ve been continuously blown away by all the cool inventions, games, art experiments, and construction projects that the group has thought up this summer, be it with our large collection of loose parts at the Marché, to found objects at the Champ, to equipment at the playground. From making new friends, to climbing higher than they’ve ever climbed, to learning to love getting muddy or paint covered, to dealing with conflict in healthier ways, the open spaces we visit and open-ended nature of camp, along with the respect and encouragement of Camp Leaders and each other, has helped kids grow leaps and bounds throughout the summer. Some kids who were grossed out at the thought of touching a snail ended up being the most passionate snail hunters, letting snails crawl on their hands and even faces and making enormous “cities” for the snails to play in. Kids who hated getting dirty became “paint queens”, covering themselves head-to-toe with paint. All of this was done on their time, and following their lead.There was no schedule where at 10:30 AM everyone was required to touch a snail, I didn’t “teach” kids how to play Pokemon out of sticks and bottle caps, make cell phones out of rocks, or construct a hotel out of boxes, they just did it, on their own, freely, and at their own pace. I’ll be reflecting on some more of my observations from Adventure Camp and exploring some of the major play themes that came up in greater detail in future blog posts. 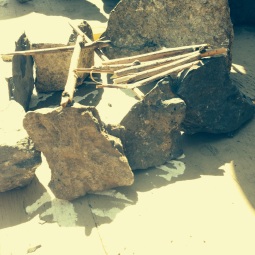 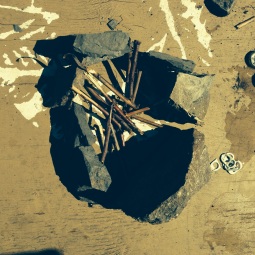 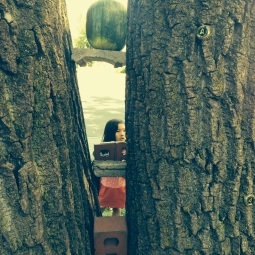 Today is the first day of the last week of “Freedom Camp”, and I can’t help but feel nostalgic about the summer that is about to end. Knowing that I will continue seeing many of the kids, and of course some new faces, via our after-school Adventure Club and fall Pop-Up Adventure Playgrounds, in addition to getting to see some of my smaller pals in our Junior Adventure Club and Playschool programs, helps make the end of day camp seem easier to swallow. 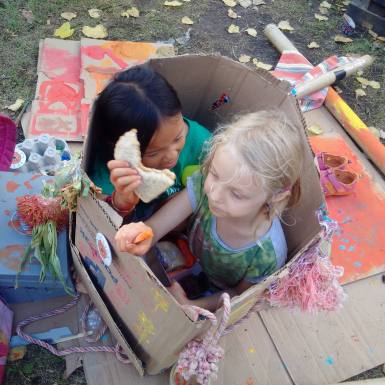 I feel confident that kids and their parents will take their experiences at camp and create opportunities for unstructured playtime throughout the school year. I also hope parents (and teachers!) will have chances to observe –without taking over – some of the magical play moments that their kids create when given the space to do so.

Thanks everyone for a wonderful and playful summer!